Yes, I’ve been partly busy, partly lazy and in addition to that a bit unhappy with my photos the last days. Winter still hasn’t come to Skelleftehamn: Sometimes it’s below zero, sometimes above, sometimes it snows a bit, sometimes it rains (preferably on frozen ground making the streets quite slippery) und quite often it’s cloudy.

For me it’s still a mystery, how lakes, river and even parts of the sea could freeze over if it’s not constantly below zero for a longer period.

When I made the photo Sunrise colours two days ago, I had to wade through hip deep water and swamp to come to my desired place since the ice didn’t bear me. Two days later I saw a photo of the same spot – with a small child ice skating on the frozen surface. But I guess that the locals know the places where it’s save to enter and leave the ice.

A day later I stood at a small rocky beach of the peninsula Kallholmen looking on the bay Sörfjärden. Here you couldn’t sea any ice at all, beside on some stones that are extremely slippery when ice-covered. That’s where I made this photo: 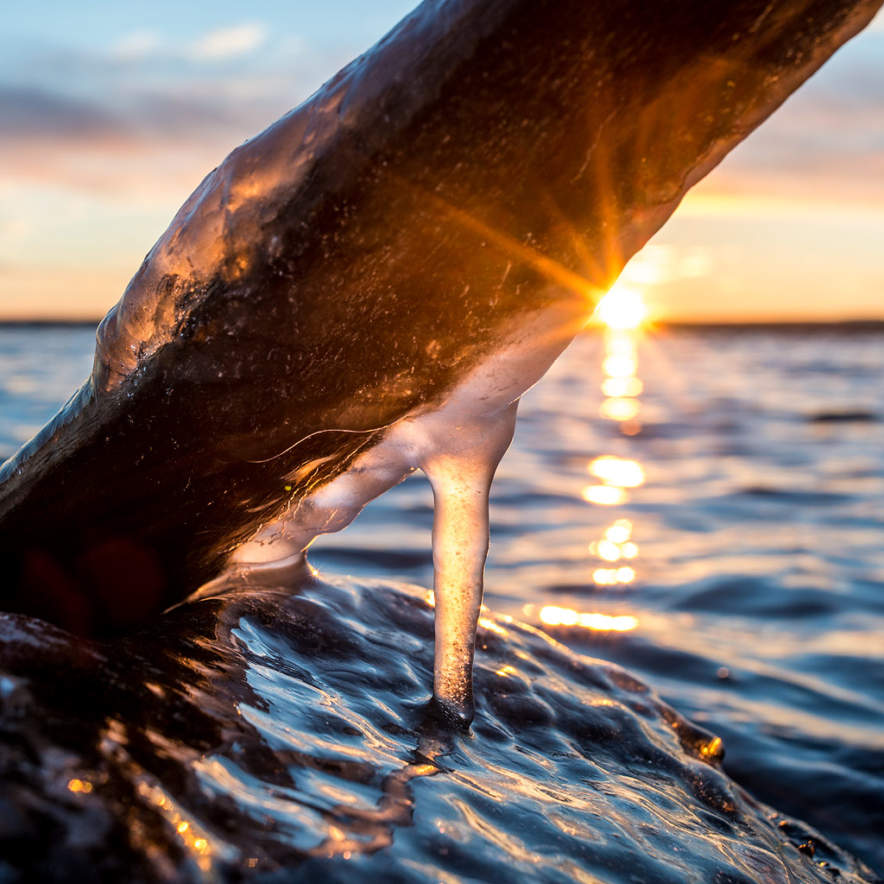 The next saturday – exactly a week later – I was out again to take photos of the sunset. Same bay, different place – this time more upstream. The Sörfjärden is not only a bay but the mouth of the river Skellefteälven, too. The sea is still open but on the sides of the more wind protected river large parts are covered with several layers of ice. The upmost layer was so thin that the ice looked like flakes or feathers. 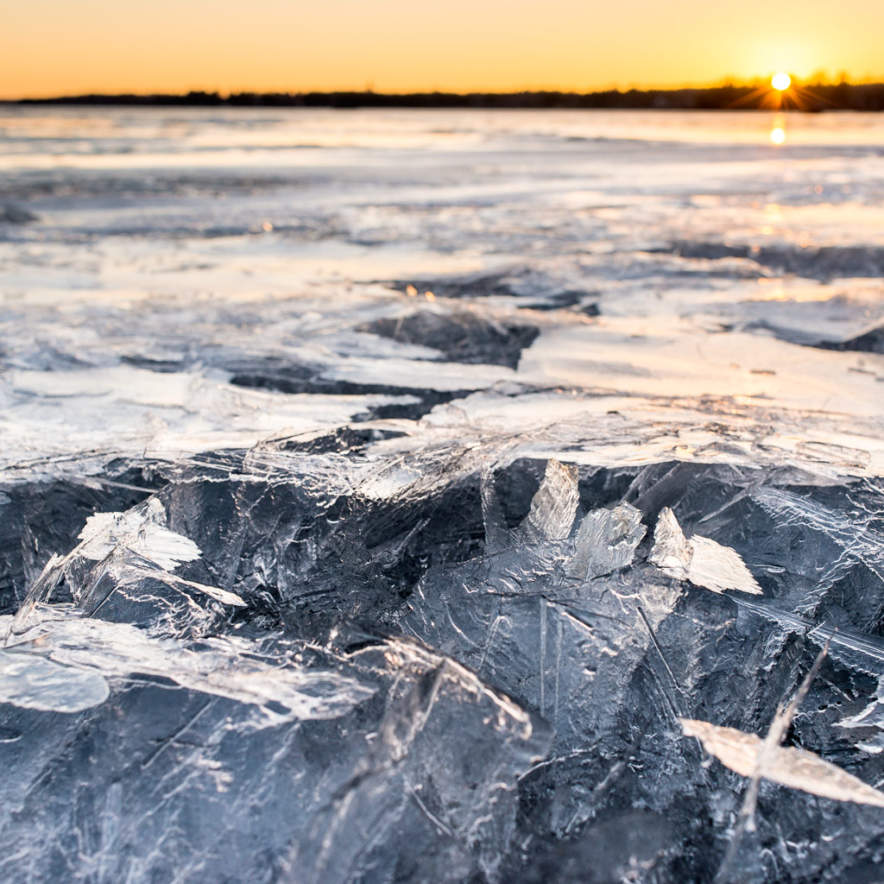 Today I drove to Kågehamn to take a sauna with two friends. Kågehamn lies beside of the Kågefjärden which seems to be well protected against wind, since the whole sea is ice covered. The ice is thick enough that people skated to the island Bastuholmen, which is one kilometre away from the shore.

Note to myself: Buy ice skates and learn how to skate – next winter.

While my friends did I skating tour, I was on the ice as well and – surprise, surprise – took some photos. This time mostly of ice cracks and embedded bubbles. 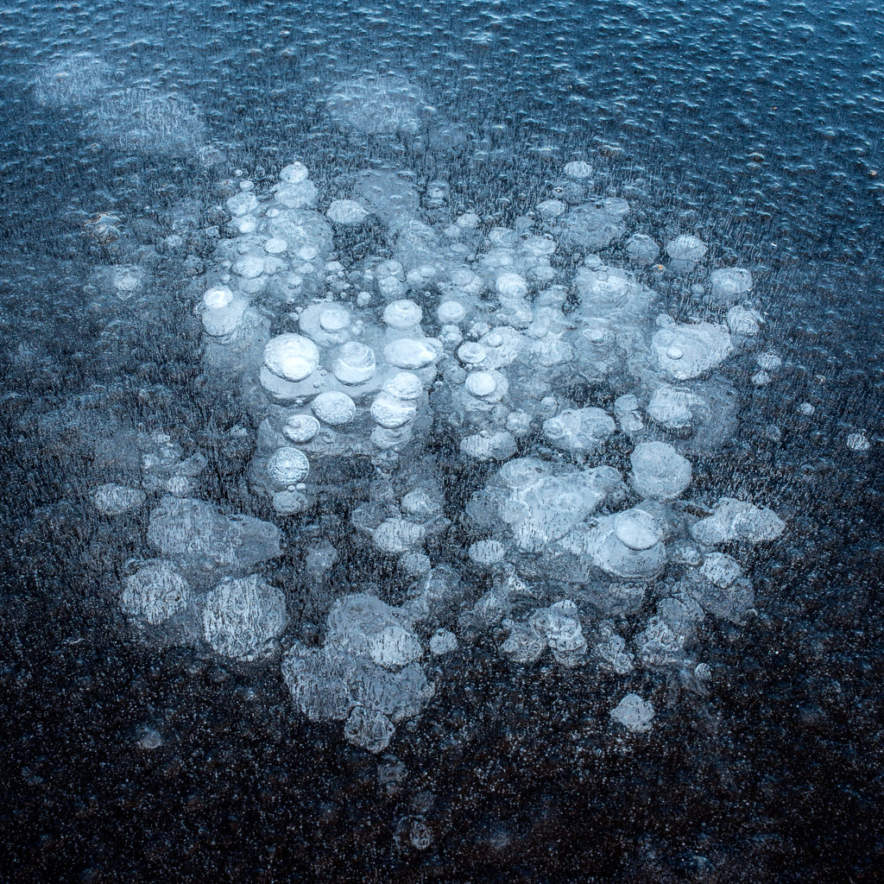