Yesterday I stood on the ice edge of Kågnäshällan. It was warm and felt like the end of April. And so it looked like, too, because large parts of the Bothnian Bay were free of ice. Only protected bays and shallow waters round the islands were still frozen.

It became colder and stormy in the night. It even snowed a millimetre.

When I got up this morning it was -4 °C and still quite gusty and stormy. At 8 o’clock I took the car to have a look at the ice conditions.

I passed the nearest bay Kallholmsfjärden, just 400 metres from my house. Some ice fishers were sitting on the ice, but only some hundred meters from open water. I however wanted to drive to Näsgrundet, one of my favourite places. Yesterday afternoon the sea east of this peninsula had been completely covered with a new ice shield that had been created one week ago. Today it was … well, different … 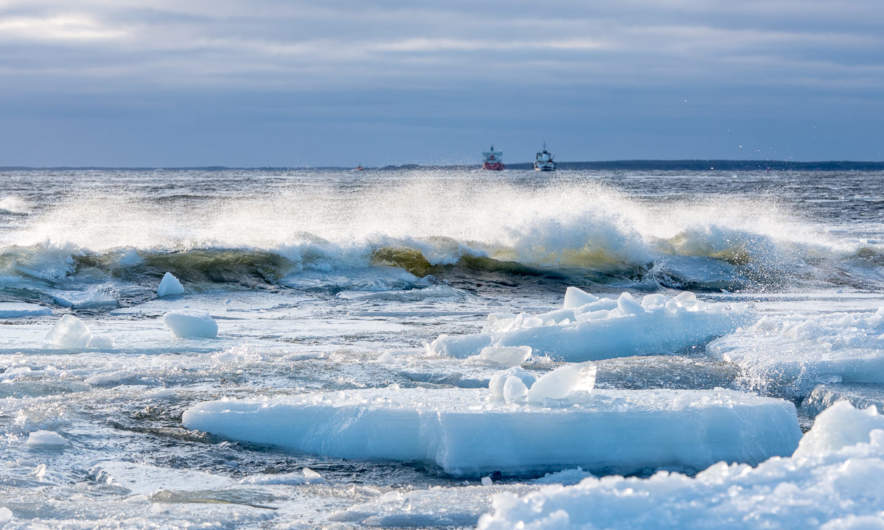 Gale-force wind gusts tugged at my hood. Waves splashed sea spray and tossed pieces of ice onto the ice walls in front of the coast. Ice floes floated to and fro, cracking, shaking, turning, breaking. Sometimes I could feel the vibration of another wave hitting the ice wall I was standing on. Some of the ice already had been squelched to slush. I cannot remember such an impressive view of the forces of the Baltic Sea in winter time. Farther away a ship was leaving the port, accompanied by a tug boat and the small icebreaker Baus.

I tried to make pictures of the say spray of the waves. Not easy … 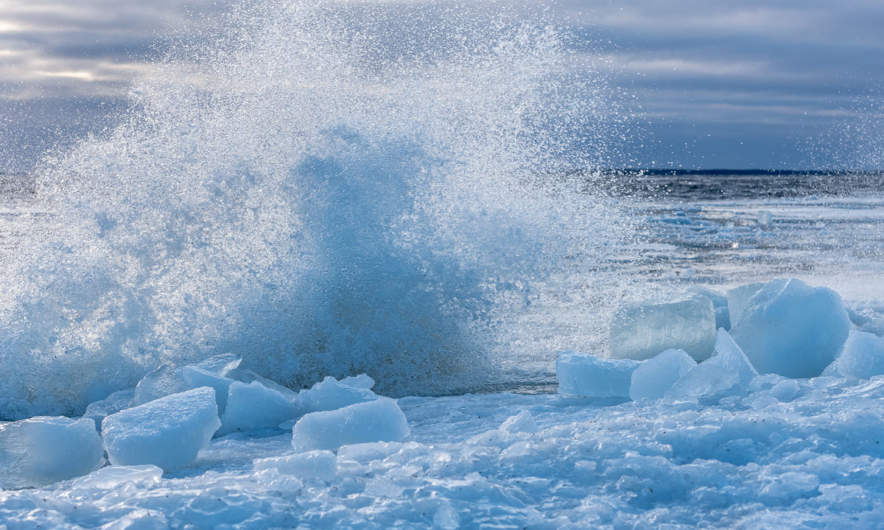 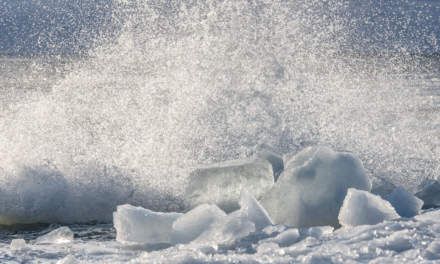 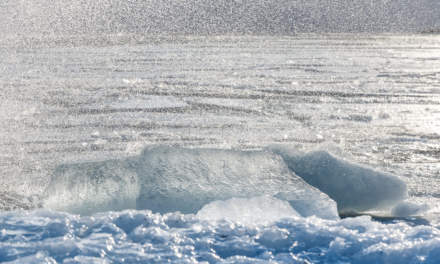 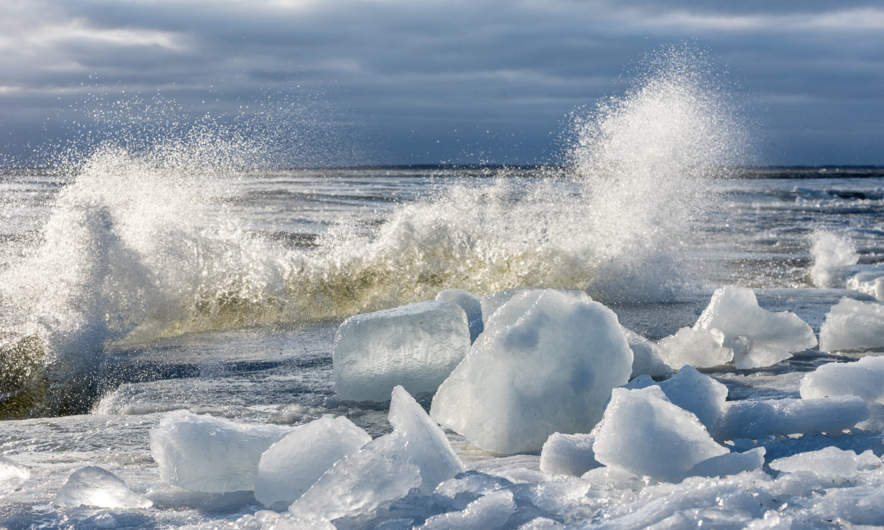 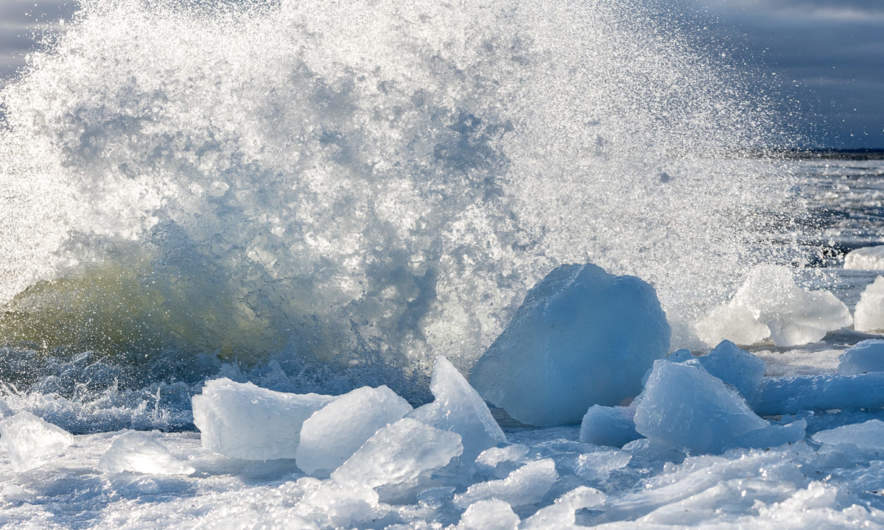 Behind the curtains of spray waves came rolling and small and large ice floes pivoted and danced while going up and down. 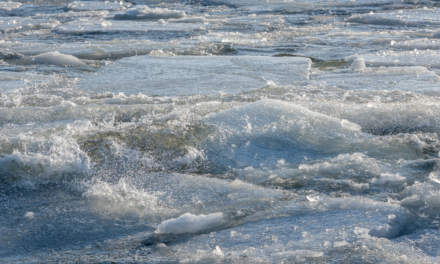 After 45 minutes the Baus came back heading for the port. 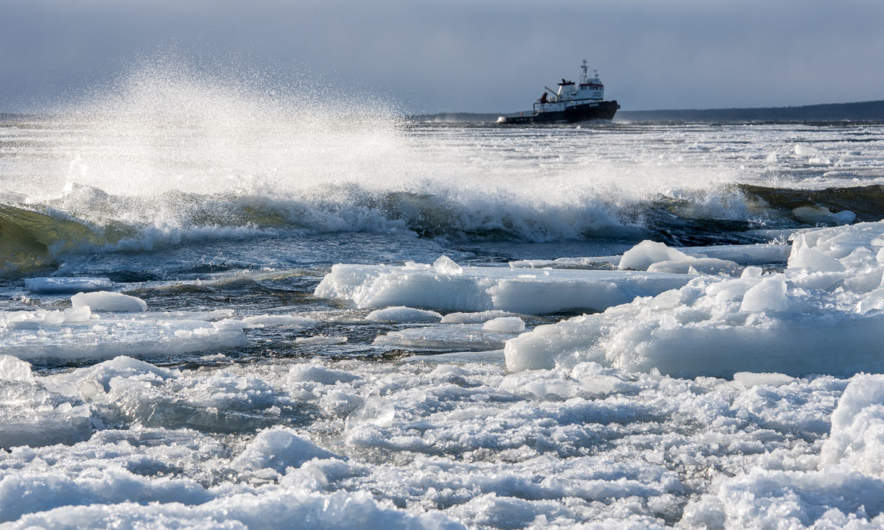 Partly I was taking pictures, partly I was just enjoying the energy of the elements and listened to the different sounds. I tried to make some videos, but all you can hear is the swooshing wind at full volume. 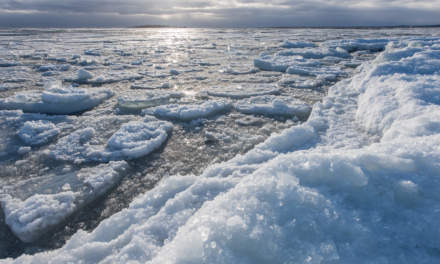 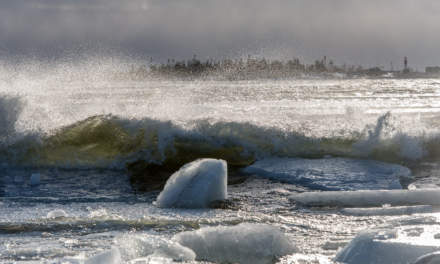 After one and a half hours of photographing I left this scene and drove to the small boat harbour Tjuvkistan nearby. Here the ice uses to be safe to cross to the islands Norrskär and Bredskär until the end of March or even mid-April.

Well, not this year. Even here the ice layer was being destroyed by the waves. The northern wind blew the ice floes away, so they will not freeze together again, or perhaps in Finland.

When I returned home I passed the Kallholmsfjärden a second time. The ice fishers were gone – there was just no ice left to sit on and fish from.

So, the sea-ice-season is over, four to six weeks earlier than usual.

One comment to “Last day of February – farewell sea ice”