The little hotel room was damp and hot. It was located directly under the sunlit roof and hadn’t cooled down next morning although I kept the window open the whole night. I could hear the parrots screech and saw them flying around looking for peanuts.

I’m not used to tropical warmth and was very thirsty. The water from the cold water tap was almost hot and it took a long while until it cooled down a bit. Well, perhaps you shouldn’t be too demanding and picky if you travel that far south …

I travelled to Amsterdam with the Skellefteå Chamber Choir for some days. It had been quite cold in Skellefteå on the day of departure and we had experienced some hailstorms. When we landed in Amsterdam some hours later  it was more than 20 °C and probably almost 30 °C in my hotel room. That’s of course far away from being tropical but still so warm, that it tired me.

The first parrots flying outside surprised me. That’s nothing I connect with the Netherlands. Later I learned that there are many Rose-ringed parakeets in the park Vondelpark nearby and according to amsterdamiam.com there live more than 3000 of them in Amsterdam and more than 10000 in the whole of the Netherlands. Those tropical birds and the hotness (at least compared to Northern Sweden …) gave me quite southern impressions.

However every time when I left the hotel I soon realised, that I’m in Amsterdam, not in the tropics. 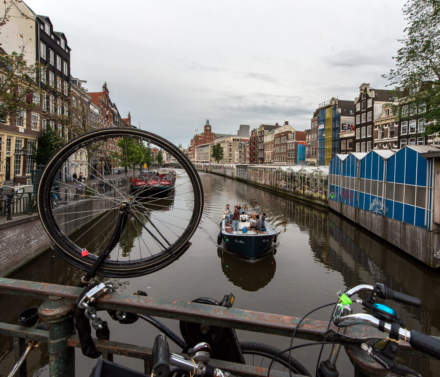 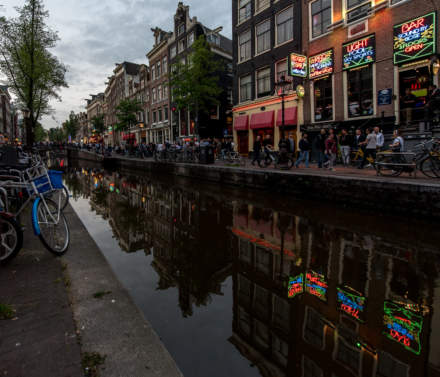 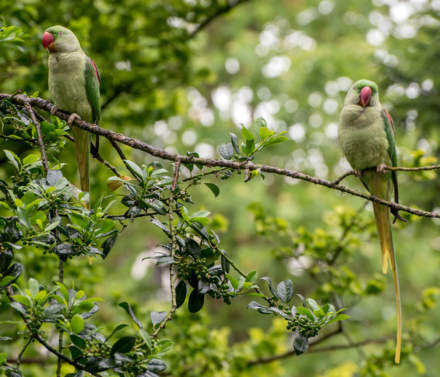 When I lived in Essen, Germany, Amsterdam was quite nearby. I’ve been there quite a lot and could even imagine living in Amsterdam.

I left Essen 13 years ago and nowadays towns like Amsterdam have become too big and stressful for me. Too many houses, too little place, two many people, too little calmness, way too many cyclists and also too many tourists (including me!). Living in Skelleftehamn has changed me and nowadays I probably would have difficulties to live in towns as big as Amsterdam.

I guess I’ve become bound to the north over the years. I’m completely content with that. There’s a reason that I called this blog “Way up north”.

Eleven o’clock in the evening. It’s 6 °C outside and it has been raining for hours. I can see the rain, because it’s not dark at all and it won’t become dark before late August. I should go the bed and sleep since I have to work tomorrow but I just want to have another look through the window. I love to live in the north.

4 comments to “Back from the tropics”