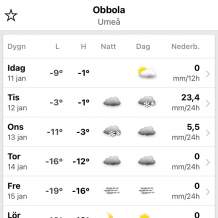 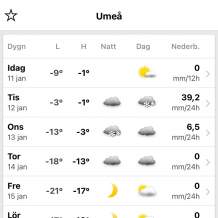 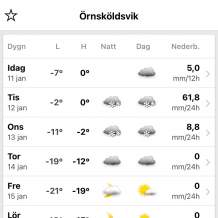 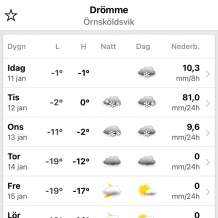 As a hardcore snow lover I have to admit that I’m jealous and even a bit sulky. Why, oh why do all other places get much more snow than we at home!

In my old freelancer times I would have taken a day off and travelled to Drömme. But now I’m employed with much less spare time than before. In addition to that I sold my Subaru before I started working in Tromsø¹ and Annika’s Golf has no four-wheel-drive.

Anyhow after today’s 11 o’clock meeting I took some hours off and took Annika’s car to the inland west from Umeå, where almost 50 cm of snow where forecasted for today. It was quite a rough car tour, both because of the visibility and the road conditions. I wanted to make photos but had to realise that in such intense snow weather there is hardly any place to park the car and it was impossible to see where the road ends and where the ditch begins.

Ok. One exception – here I could stop in a small side road. 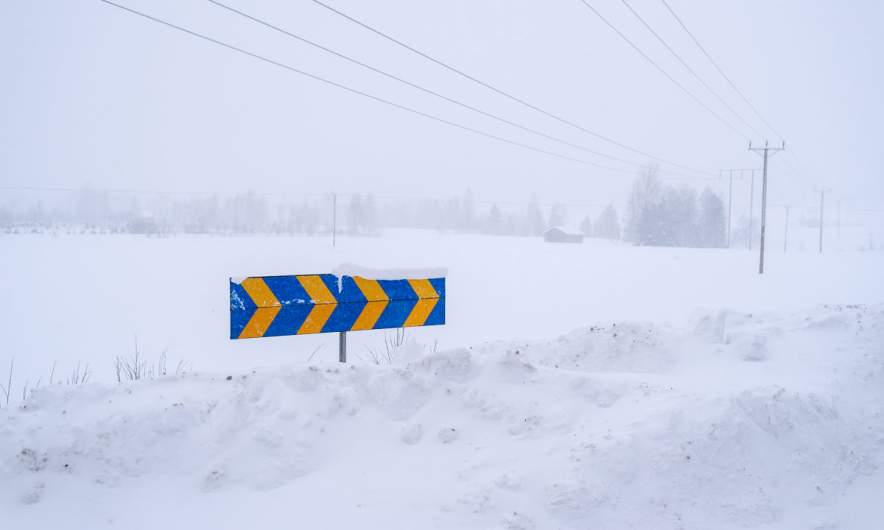 Driving was slow and soon I realised that I wouldn’t reach my destination Tavelsjö before sundown. So I gave up my plans and headed back to Umeå. Everything was white and sometimes it was hard to see where the road was although all roads where already ploughed – probably several times. When I left the E12 near Kåddis I experienced the first (and only) road that hardly was ploughed. Sometimes I had to “swim” through deep snow drifts and I’m still surprised that I made it without being helplessly stuck.

Finally I reached Umeå where probably 30–40 cm of snow had fallen. All snow ploughs, tractors and people with snow shovels were working to get rid of the snow, while I looked more for the places, where snow was left and possibly untouched. 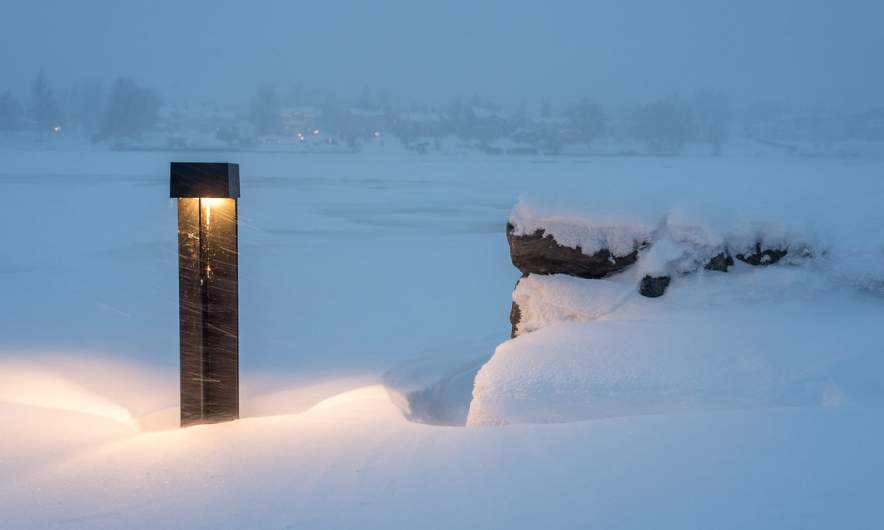 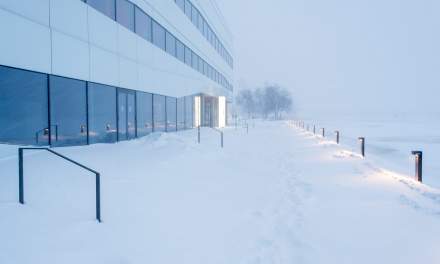 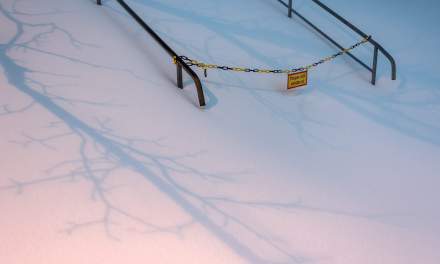 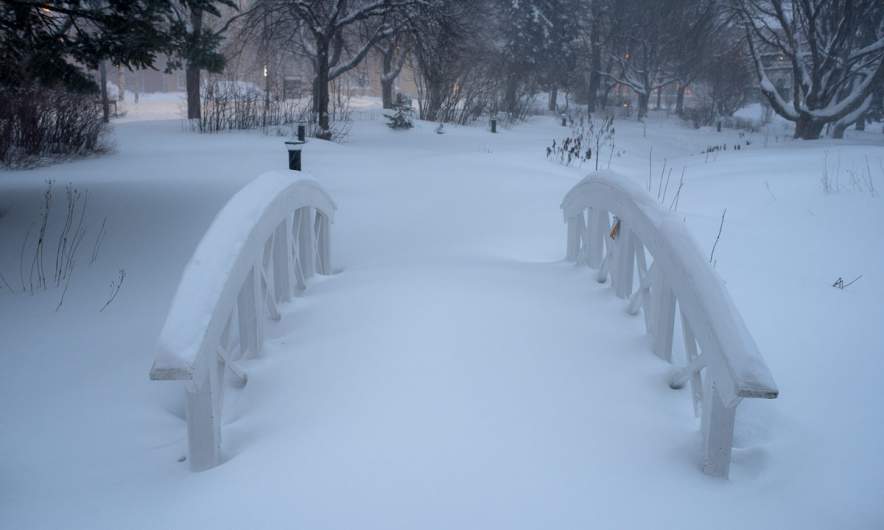 Now I’m home again and still hear the wind and see whirling snow through my window. How much snow has fallen here is impossible to say. While the snow drifts behind the house are at least 120 cm tall, other parts round the house have been blown completely free from snow.

So – no local records – but at least it’s a real winter. Nice!

¹ Tromsø, a yes – wasn’t I supposed to work in Tromsø? Actually yes, but due to the covid-19 restrictions in Norway I’m still home in Sweden and without any clue when I will travel to Tromsø again. I will have missed the whole seven weeks of polar night but also one of Tromsø’s warmest and rainiest winters ever.